In the German Super Cup last night, Bayern Munich defeated Dortmund 3-2 with Kimmich's lore goal at home and won the second championship of the season. The major sports media have carried out detailed reports on the game, and Xiaoba will not repeat it. However, a small incident on the sidelines of the game triggered discussion in the German media. 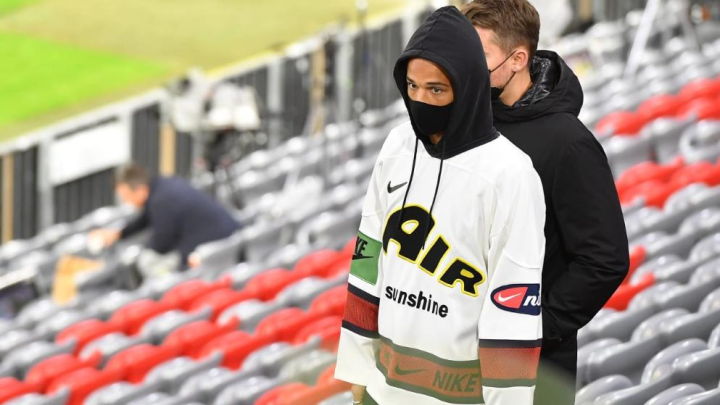 Affected by a right knee injury, Sane, who transferred to Bayern for 45 million euros this summer, missed the Super Bowl yesterday. Watching the game from the stands, he was wrapped in a black hood and mask, but outside of the black clothes. , He wore a loose white Nike coat, which triggered discussions in the German media because Bayern’s sponsor is Adidas.

It is understood that the Bayern club is not satisfied with Sane’s dress. Although Sane who was watching the game in the stands did not belong to the official team activities yesterday, there is no need to wear the Bayern team uniform, but the huge personal sponsor logo Hanging on the chest does not show respect for the team sponsors. Sane has been signed by Nike since the Schalke period and has always enjoyed Nike's personal sponsorship contract. Although yesterday's behavior will not be fined, but it has caused a small commotion within the Bayern team.

However, Sane's behavior is not the first time a similar situation has occurred in the Bayern team.

In 2013, Mario Gotze joined Bayern, but at the unveiling ceremony, Gotze wore a T-shirt with the Nike logo on the chest to participate in the event. The photo of the Adidas uniform was displayed on the photo. The sign made the sponsor's father very upset. At that time, the club issued a fine of tens of thousands of euros for Goetze who had just joined. Mario Gomez and Kirchhoff who joined at the same time also made similar acts. This kind of gang committing crimes was obviously instructed by their personal sponsor Nike. However, when floods broke out in many parts of Germany that year, Bayern directly donated their fines to relevant departments to help people affected by the floods. Maybe Nike also wanted to donate but couldn't find a good reason (laughs). 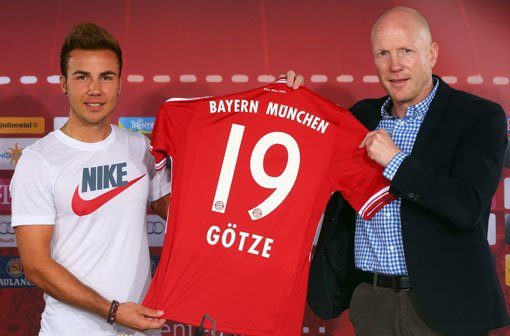 In 2016, Boateng wore a pair of Nike trousers during the opening ceremony of a Bayern fan store. He was also punished by the club at the time, but the amount of the fine is unknown.

In 2017, Tolisso moved to Munich for 41 million euros. When he officially debuted, he wore a red Bayern training shirt, but he wore a pair of Nike black training pants. Although not very conspicuous, the club still asked the sponsors. Father Adidas apologized publicly.