Tomorrow, the 12th round of the Chinese Super League will start, and Hebei China Fortune will start a decisive battle for a top four position. At the same time, some players and many teenagers who were rented out by the team at the beginning of the season have also played well in the near future. The goalkeeper Geng Xiaofeng, who was loaned to the Inner Mongolia Zhongyou Club, had an amazing performance in the last round. In the 0-0 draw with Suzhou Soochow, Geng Xiaofeng repeatedly made magical saves to keep the team's gates intact. There is a strong momentum of "rejuvenating the second spring".

And the young player Mo Xuchen of the Inner Mongolia Zhongyou Club also appeared in the second half and had a good performance. 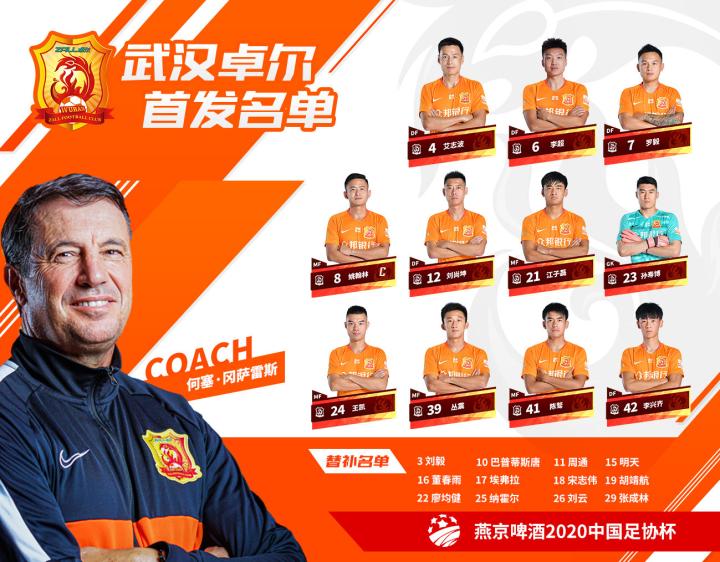 In the Football Association Cup, the teenager Chen Yu, who was loaned to Wuhan Zall, played the entire game this round, facing the parent team Hebei China Fortune, his performance was also remarkable.

At the beginning of the year, many players from Hebei Huaxia Fortune were rented out to level up, including potential new stars such as Mo Xuchen, Chen Yu, Mai Er Danjiang, Gong Qiule, Zhang Hui. In fact, these team members and potential new stars who have been rented out have always received the attention of Hebei Huaxia Fortune. I look forward to one day they can successfully return to their home team after leveling and fight for Hebei!